Covenants, Conditions and Restrictions (CC&Rs) is text in a home deed that describes the things a homeowner can and cannot do with the property. In 1915, neighborhood developers began adding racial covenants into the CC&Rs of new homes, which restricted the property from being sold, rented, leased or occupied by a person other than of the white or Caucasian race. In 1948, the Supreme Court determined the covenants to be unconstitutional, but they were not removed. To this day, millions of home deeds across the country still contain racist language prohibiting home resale to people of color. Although racially restrictive covenants are now outlawed and unenforceable; the harmful language is a visible reminder of systemic racism and segregated housing. But that is about to change, and you can help move that change along.

Bay-O-Vista Neighborhood
In 1991, when Cathy Ralph bought a home in the Bay-O-Vista neighborhood of San Leandro, she was appalled to read the racist language hiding in the home’s CC&Rs.

For ten years, Cathy, along with other Bay-O-Vista homeowners, worked to have the illegal, racially restrictive language struck from the deeds of Bay-O-Vista homes. In the 1990s the process was difficult and required a majority vote from other homeowners in order to make the change. The group was able to strike-out the language in two of the Bay-O-Vista housing tracts. Bay-O-Vista is just one San Leandro neighborhood. The racist covenants are in home deeds throughout San Leandro, Alameda County, and the entire country. 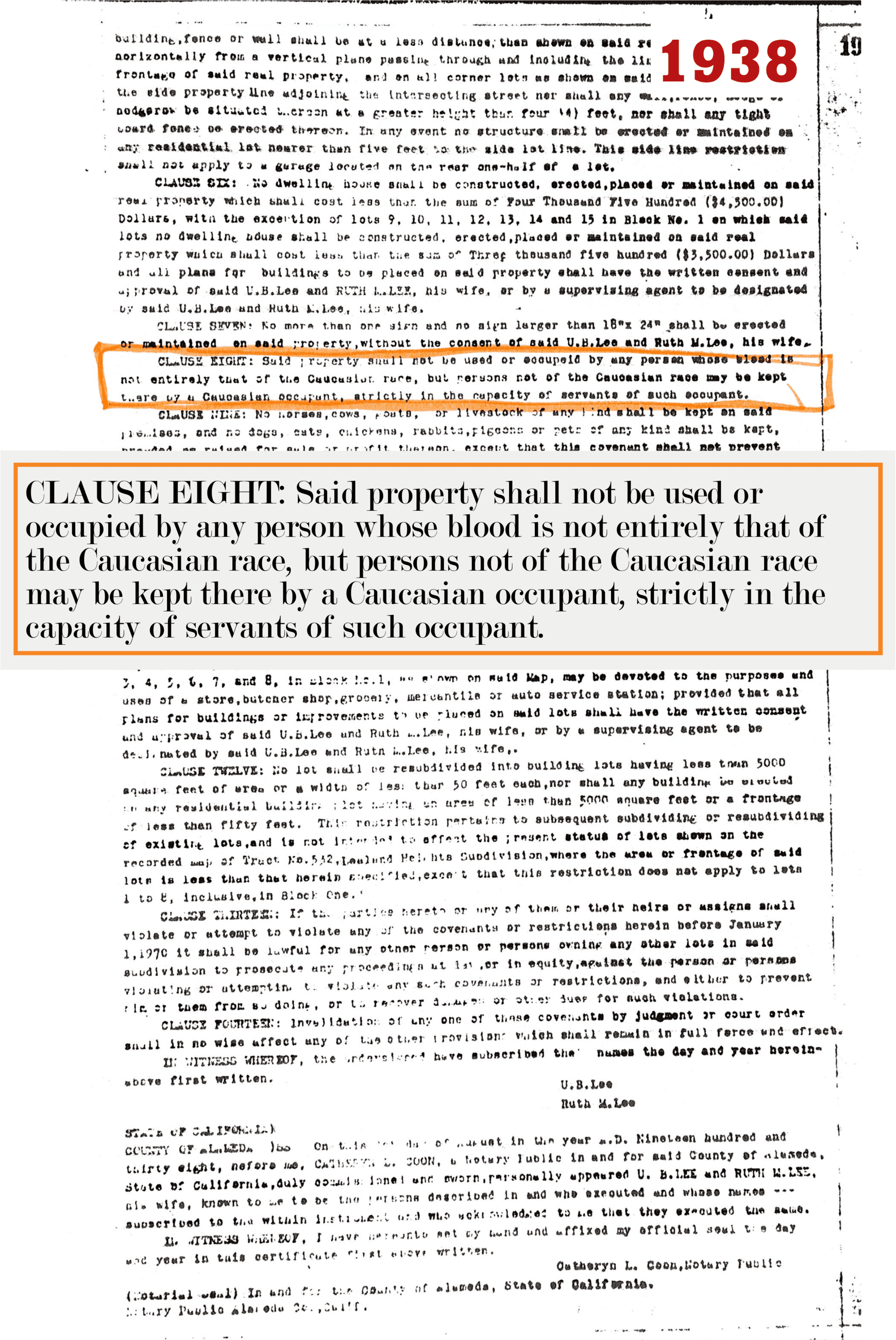 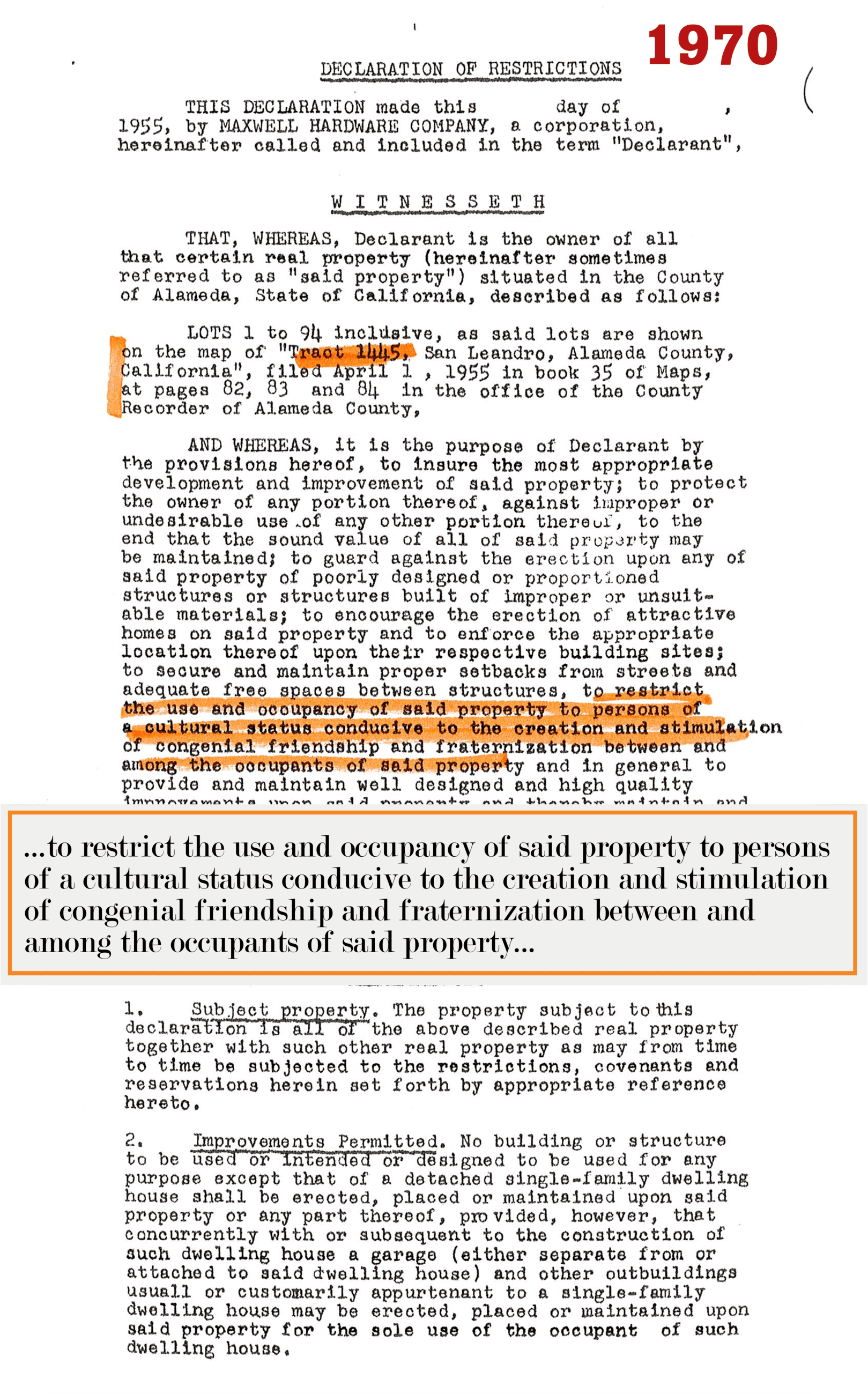 Assembly Bill 1466In 2021 California Assembly Bill 1466 was signed into law, which requires all County Recorders to develop a program to identify and redact unlawful restrictions in covenants. Alameda County will be implementing a process that will digitize the 25 million historical deeds in the county. Optical Word Recognition (OWR) will be used to identify deeds with illegal language, which will then be struck out.

What you can do... In the meantime, home owners can notify their County Recorder office of any restrictive covenants that contain discriminatory language. Visit our page Removing Covenants, Conditions and Restrictions from Your Deed, to learn how to obtain a copy of your deed and have the language struck through. You can also visit the Alameda County Recorder Office website to learn more about Restrictive Covenant Modification.