We are happy to announce the return of the San Leandro Cherry Parade!

As the City celebrates its 150th birthday, it is fitting to include this long-standing San Leandro tradition celebrating our past, present and future! Many things have changed over the years, but one thing remains the same; the strong sense of community, spirit, and pride the Cherry Parade and its festivities brings to San Leandro!

This year’s Cherry Parade will be held on Saturday, June 4, 2022 from 10:00am – 12:00pm in historic downtown San Leandro on East 14th Street, running one mile from the BART South Parking Lot, down Parrot Street, heading North on E. 14th Street towards San Leandro’s City Hall. Various events will kick off throughout the San Leandro downtown area on the day of the Parade.

We encourage all San Leandro residents and groups to join us by participating in the parade as parade entries or as spectators. If you wish to take part in the parade, please read the following information and complete and return the parade application form. 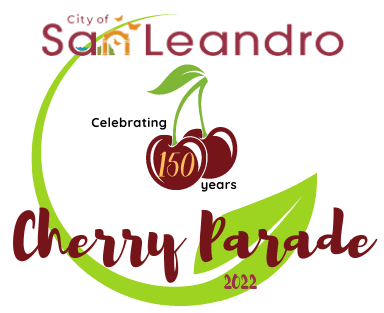 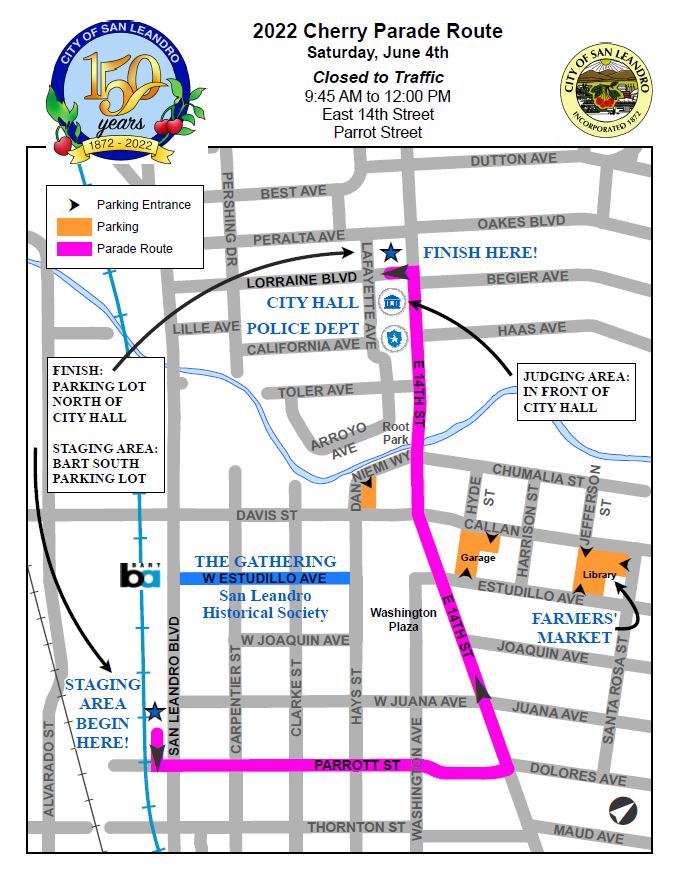