The City of San Leandro, along with experts around the world, recognizes the urgency of the climate crisis and recommends taking bold climate action that prioritizes equity and well-being of frontline communities, and helps San Leandro become more resilient. 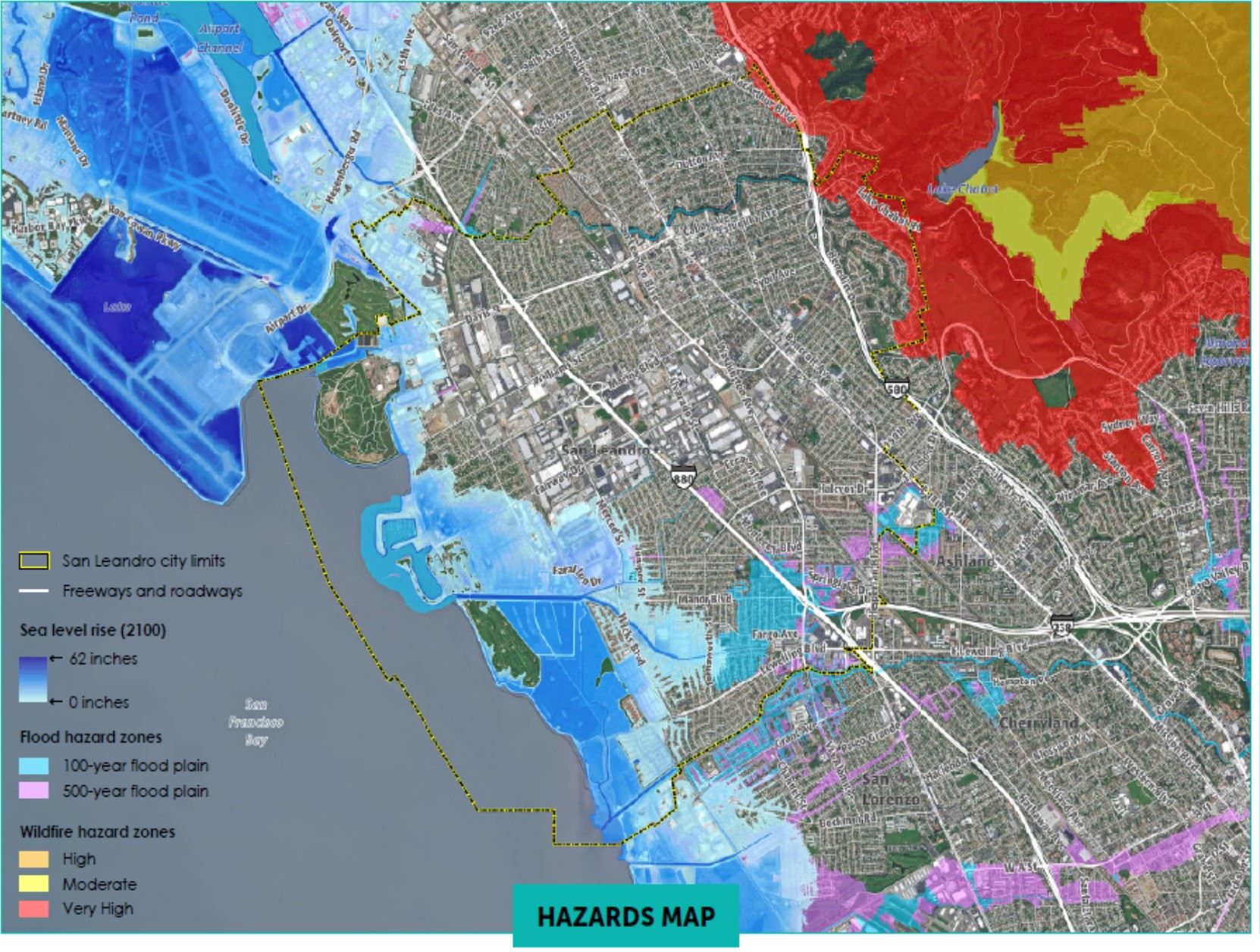 There are a number of climate impacts that people are already encountering in their day-to-day, with devastating health impacts. Read more about the connection between climate and health here. More technical details can be found in San Leandro's Climate Hazards Assessment 2017 and Climate Vulnerability Assessment 2020.

Many of these hazards occur regionally and require the cooperation of multiple agencies and local governments. City of San Leandro participates in several regional collaboratives to address issues such as sea level rise, climate equity, and wildfire smoke.